You are here: Home > Things to Do > Lakes Escapes Ltd 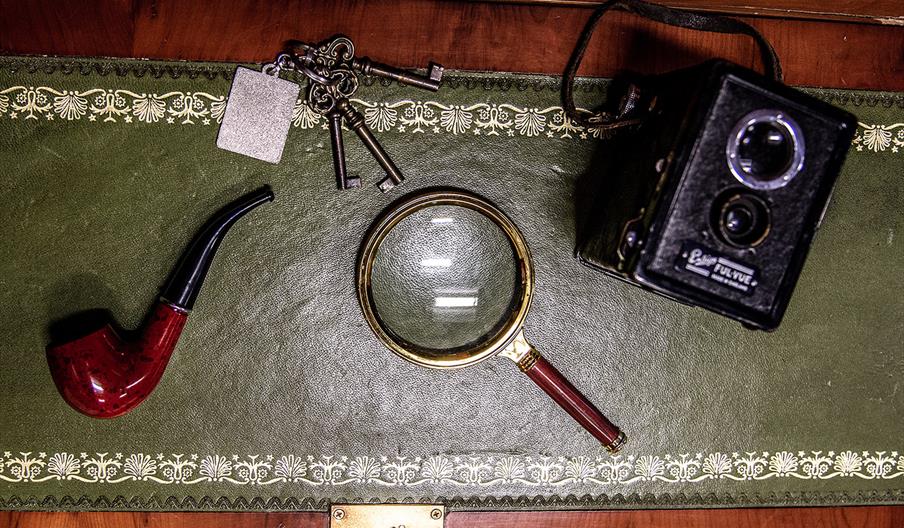 Lakes Escapes Ltd is the first LIVE escape room in West Cumbria. We welcome groups of between 2 to 8 people whose aim it is to complete the game objective with 60 minutes. We have different themed rooms to suit a wide range of people so whether you come along with family, friends or work colleagues you are sure to have an unforgettable experience.

The concept is simple: we put you in a room and you have one hour to escape. However, you can only succeed by solving a series of puzzles and codes hidden throughout the room. Your group will require a good level of common sense, logic and a keen eye to complete the task in time. Do not take anything for granted in the room and remember to work as a team and most importantly have fun.

During the experience our game masters will guide you if you get stuck. You are able to request clues whenever you feel you need them and at no point are you locked in the room. What are you waiting for? The clock is ticking!

In a European village, a young scientist, Dr Ivan Frankenscraft and his Lab assistants, are piecing together a human body, the parts of which have been collected from various sources. Frankenscraft desires to create human life through experimentation and electricity which he has perfected.

His fiancée Elsa, is worried over his peculiar actions. Determined to rescue Frankenscraft from his own devices Elsa insists he is to holiday in Florence to arrange their wedding. While they are away she has set a task for her old friend Dr Winston, who was Frankenscrafts old professor, to find and destroy the Monster that is driving Frankenscrafts career into disrepute.

Frankenscraft is concerned with Elsa's motives with regard to leaving their home town and has insisted that work must continue on his creation. As his lab assistants you are to decipher the clues left for you and bring the Monster to life. A word of warning you must work quick as Dr Winston will be arriving in the next hour with a group of angry villagers to destroy anyone and everything in his way. Your only hope is to bring the Monster to life so he can protect you from the lynch mob.


Quest for the Throne - Escape Room

You are the elder sibling born into a Royal family. It was your birthright to inherit the throne upon the King’s death, but an evil secret plan executed by your younger brother and some corrupt castle guards has left you exiled from the kingdom. The corrupt guards were given strict orders to kill you if you ever returned to the castle.

When the King and Queen died, your tyrannical brother ran the kingdom into despair. Disgusted by the decline of a once-prosperous and peaceful land, you decide to risk your life to set things right.

Disguised as a pauper, you’ve managed to make it back to the castle undetected, and with your knowledge of the secret passages in the castle, you’ve made it into the King’s Study.

In the next sixty minutes, you need to find proof of your birthright and escape undetected before the castle guards return.

You have been selected from the best code breakers and diamond thieves in the country. A notorious criminal gang, The Barco Syndicate, have summoned you for the biggest heist of your lives. Putting your reputation on the line as the best team for the job, you are to enter an underground casino, where the famous Shadow Diamonds are held in the vault. The problem is you only have 60 minutes to pull off this job as the casino is opening soon and the staff will be arriving. But, there is a twist, you have the opportunity to take a further 9 million dollars in cold hard cash if you have the time and the nerve. Can you take the full 30 million dollar haul?

***WE STRONGLY RECOMMEND A MINIMUM OF 4 PLAYERS FOR THIS GAME DUE TO THE NUMBER OF PUZZLES. TEAMS OF 2 AND 3 PLAYERS ARE ABLE TO PLAY BUT IT WOULD BE BENEFICIAL TO HAVE A WEALTH OF ESCAPE GAME EXPERIENCE.***

A dead body will soon be discovered at the shipping docks.

A notorious gang of mysterious criminals known as the Baker Street Five held a secret meeting to plan their most elaborate heist yet. This meeting quickly took an unexpected turn and a minor disagreement escalated into a heated argument. Shots were fired, one crew member lay dead, the remaining crew members immediately fled the scene.

Can you decipher the clues and find out who the murderer is. One word of warning, the leader will be leaving the country within the next hour, so you’d better work quickly.

Twas the night before Christmas and all through the house, bickering erupted, who knows what about. One by one the family went out for air and when they came back, under the tree was bare.

You have 60 minutes to figure out who stole Christmas and save the day for everyone. Can you do it? 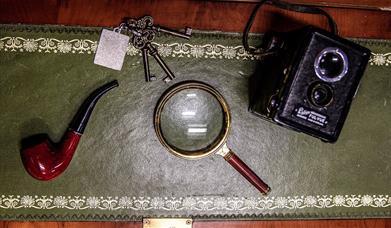 Lakes Escapes Ltd - Team Building, WorkingtonAre you looking for a corporate team building activity that is different to the usual track race…