You are here: Home > Things to Do > Rydal Mount and Gardens 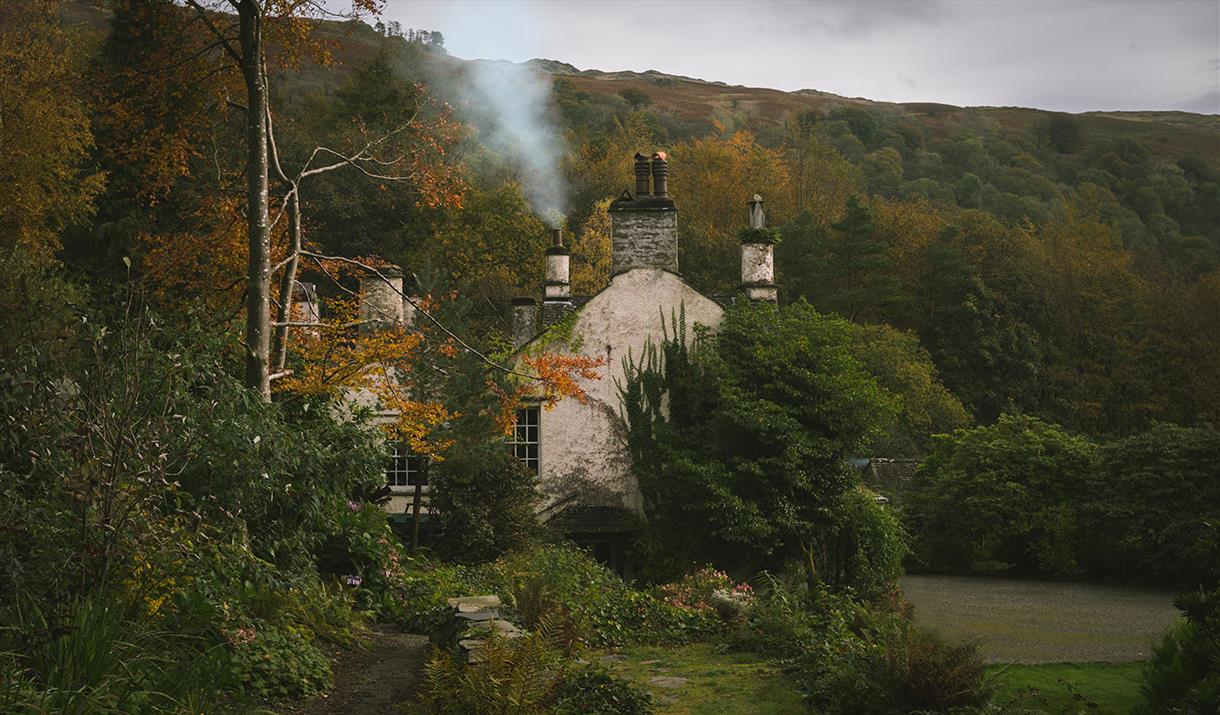 William Wordsworth lived at Rydal Mount for 37 years, until his death in 1850.  While here, he wrote many of his poems and revised and improved much of his earlier works including the Prelude and the famous 'Daffodils' poem. He became England's most celebrated poet and in 1843 was made Poet Laureate to Queen Victoria.

This historic home offers large beautiful terraced gardens landscaped by the poet, views of Lake Windermere and Rydal Water and has a peaceful and relaxed atmosphere. There are many items that belonged to Wordsworth while he lived here, which have been passed on down through the Wordsworth family and have ended back at Rydal Mount. The house is located in the picturesque village of Rydal, between Ambleside and Grasmere on A591.

All the Wordsworth family were keen gardeners and William had strong views about how a garden should look. In particular he believed that a garden should be informal and that it should harmonise with the countryside consisting of ‘lawn, and trees carefully planted so as not to obscure the view.’

Wordsworth designed and built a number of terraces above the main lawn. At the end of the Sloping Terrace is the Summer House where the poet would sit and compose his poetry, leading on from the Summer house is the Far Terrace which he would pace up and down quoting his work outloud. The garden contains a wide variety of rare shrubs and trees and has spectacular views towards both Lake Windermere and Rydal Water. It is maintained to a high standard and with the tireless work of the gardener and curator has won a range of awards.

Open to the public, if you are visiting this beautiful historical house or just passing by on the Coffin Route, pop into the Poetry Tea Room at Rydal Mount. A delicious selection of home made cakes, including Christmas mince pies and hot beverages will be served throughout the day.

Free parking for those visitors with tickets while on site. If you need parking for longer than your visit, you can buy a parking space for the day. Rydal Mount and Gardens Weddings, AmblesideHave your wedding at Wordsworth's most beloved family home, with scenic Lake District views. It was… 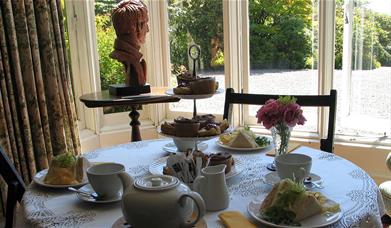 The Saddlery Tearoom at Rydal Mount and Gardens, AmblesideEnjoy Afternoon Tea at Wordsworth's best loved family home for 37 years. It was here that he wrote…

North of Ambleside, 1.5 mile on A591 on Grasmere Road. Follow brown signs on right of main road.

Accessible by Public Transport: Windermere station is 7 miles away.