You are here: Home > What's On > Blazin' Fiddles 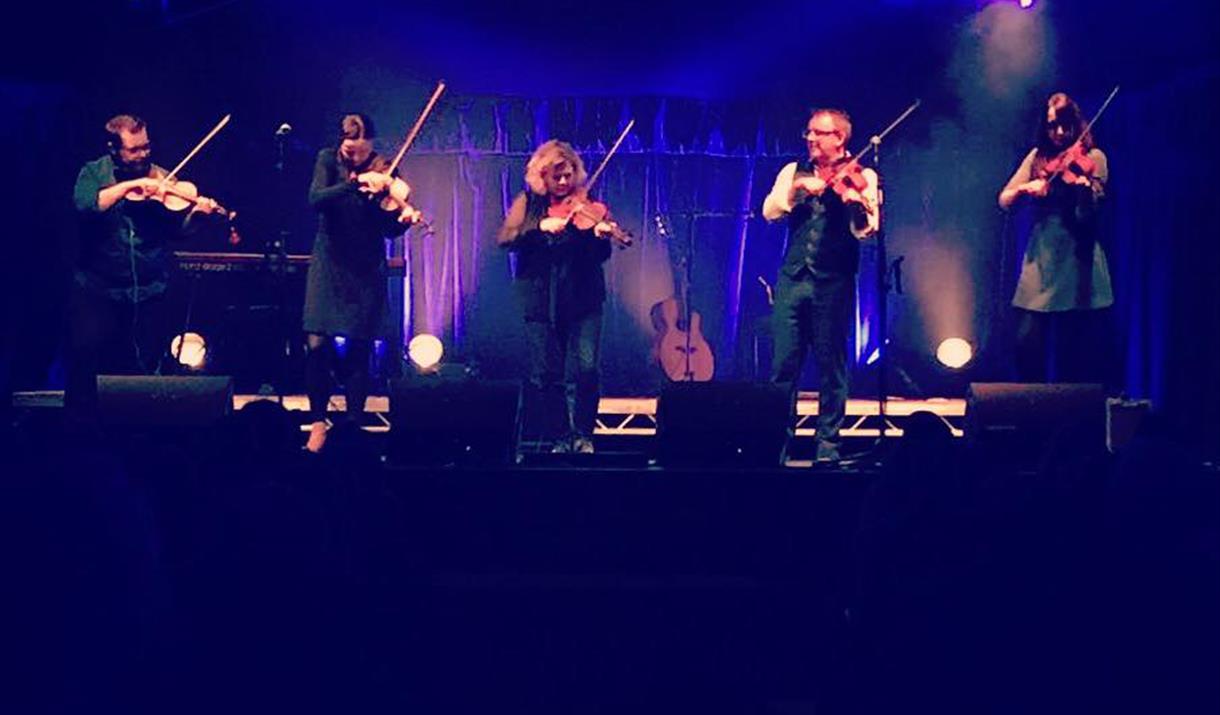 One of the world's most prolific fiddle groups, Blazin' Fiddles originally formed for a one-off tour of the Highlands in 1999 and are still raising roofs far and wide – some 21 years later – as one of Scotland's foremost folk groups.

Encompassing a rare and virtuosic selection of the fiddle's diverse Highland and island voices, with ensemble and solo-led sets both backed by powerhouse guitar and piano, the Blazers pack all the power, passion and sensitivity of Scotland's traditional music, into a single show.

Whatever the hall – whether of the Highland village or Royal Albert variety – they'll turn it into the liveliest and warmest of hootenannies, setting the hearts of their audience alight.