You are here: Home > What's On > Dervish 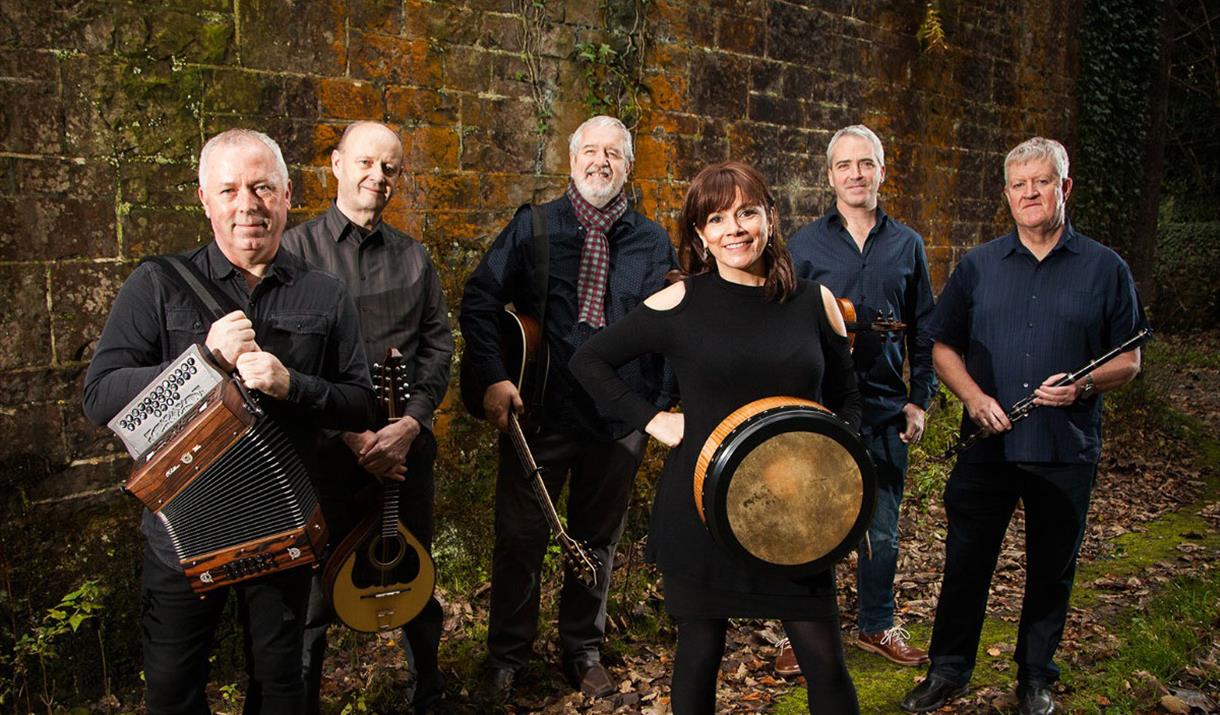 Starts 8pm | Tickets £24.50 | Theatre
Legendary Irish folk music band Dervish, are one of Ireland's best known traditional bands and are described by the BBC as "an icon of Irish music". Dervish received a prestigious lifetime achievement award from the BBC in 2019, a fitting tribute to the band after over 30 years of recording and performing all over the world, playing at festivals from Rio to Glastonbury.

Dervish have a line-up which includes some of Ireland's finest traditional musicians, fronted by one of the country's best-known singers, Cathy Jordan. Regarded by many as the most distinctive voice and finest front-woman in Irish traditional music today – the instrumental line-up of fiddle, flute, bouzouki, mandola, bodhran and accordion draw from seemingly limitless depths of talent, finesse, subtlety and fiery energy. Exceptional musicianship, breath-taking vocals, vibrant sets of tunes and instantly compelling songs all come together to make Dervish as complete a band as are to be found anywhere in the tradition.

Dervish are regular visitors to the US, performing sell out shows from coast to coast. However, their fan base stretches across several continents, including Europe, Asia, and South America. They were the first Irish band to play the world's biggest music festival, Rock in Rio, performing to an estimated 250,000 people. Over the years they've been on the same bill as artists such as James Brown, Neil Young, Sting and even Iron Maiden!