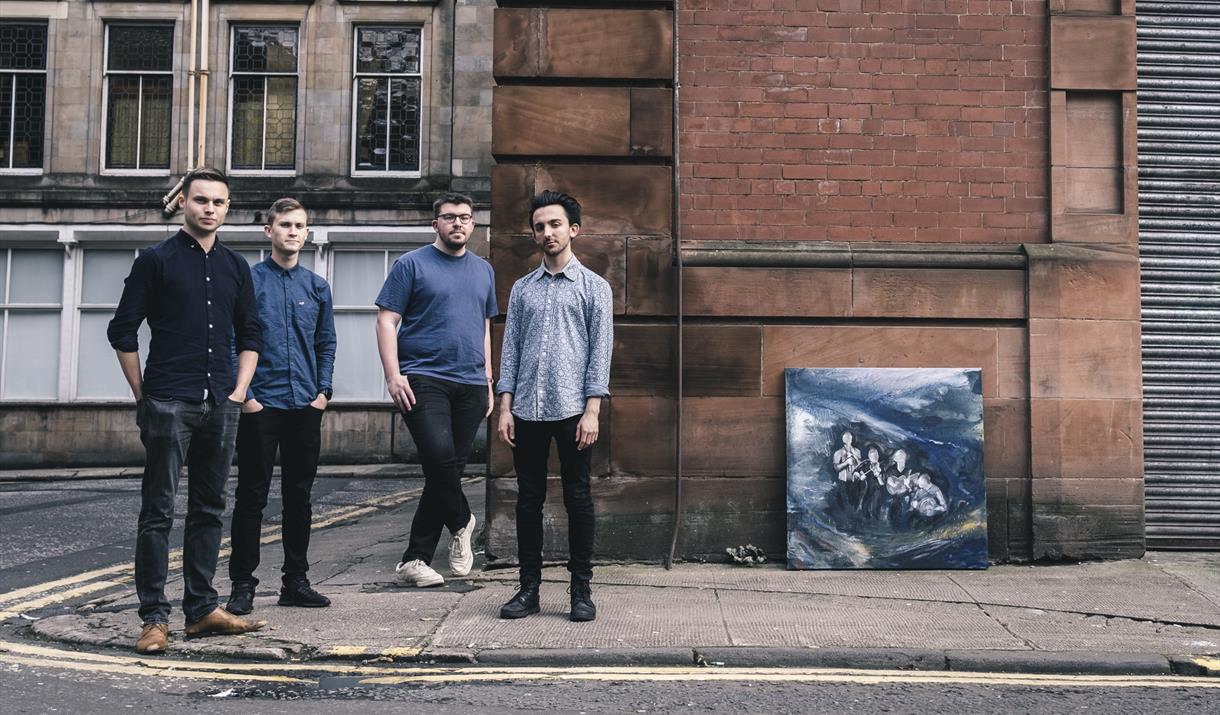 A dynamic four-piece of fiddle, flute, guitar and percussion, Gnoss tackle energetic tune sets and driving folk song with a 'maturity of ability many of a greater age will envy' (The Living Tradition). As current and former students at the Royal Conservatoire of Scotland, Graham Rorie, Aidan Moodie, Connor Sinclair and Craig Baxter have been tipped as 'ones to watch' by Songlines Magazine for their lively, engaging and honest performances.

Forming as a duo in 2015, Graham and Aidan picked up a prestigious Danny Kyle Award at Celtic Connections and reached the semi-finals of the BBC Radio 2 Young Folk Award 2016. Since expanding to a four-piece, Gnoss have continued to delight at performances and festivals across the UK and Europe, earning a nomination for Up and Coming Artist of the Year at the MG Alba Scots Trad Music Awards 2017. With international touring complimenting the release of their debut album in 2019, all eyes are firmly on this young quartet as they continue to stride forth from the pack.

"I was instantly impressed by their set of tunes played with obvious drive and youthful exuberance." – FATEA 2017

"This band looks to be developing fast into a major player in the national and international Celtic music scene." – DbDbD, New York