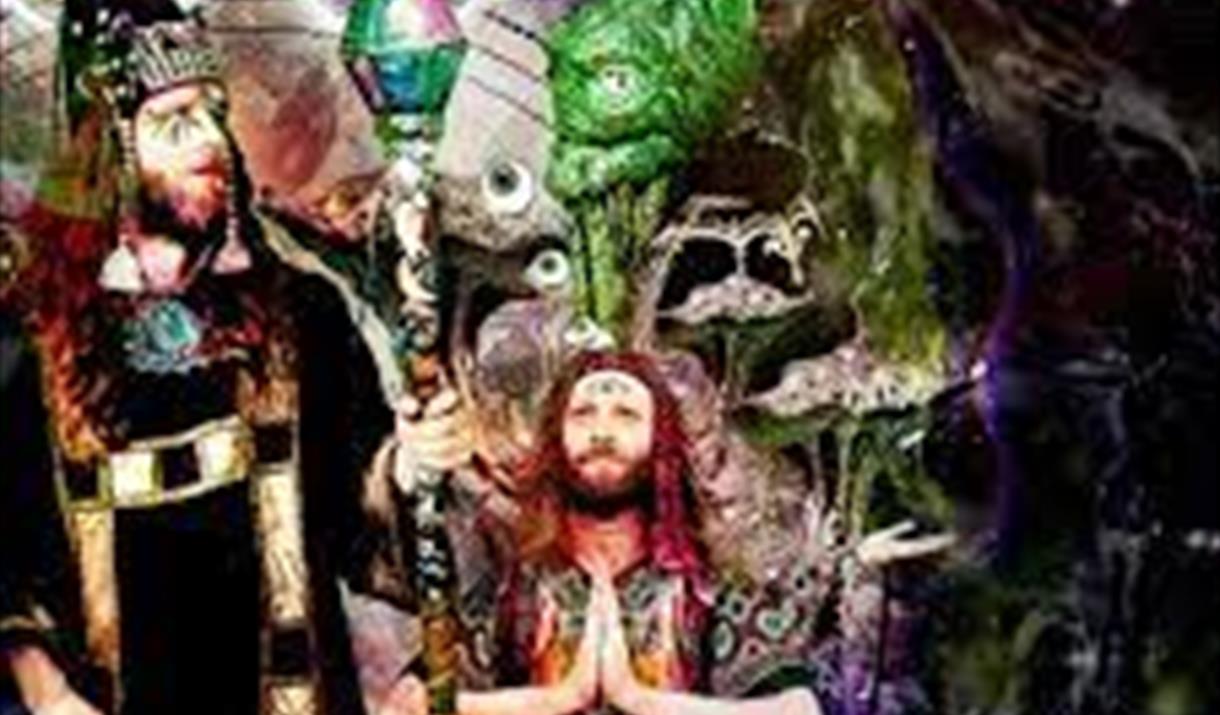 Attention Earth!… Do not be alarmed…. Contact with the extra-terrestrial musical collective – HENGE – is imminent.

HENGE is a band of intergalactic ravers; practitioners of the sacred sounds of Cosmic Dross – a musical form known in other parts of the universe that has, until now, never been heard on Earth.

There are no human words to adequately describe the Cosmic Dross experience, though its sound is characterised by the thundering drums of Nom – an amphibious creature from the Sirius Star System – the garment-rending bass frequencies of last surviving Venusian, Goo, and the whacked-out synths of the band's only human, Grok. Over this instrumental framework, the band's founder, Zpor, sings of his space travels, evoking a joyous celebration of life and encouraging humans to end war, save their species and colonise space.

HENGE will give Cosmic Dross its dawning moment on your planet as they introduce the human species to this alien genre…. This is their debut album: 'Attention Earth!'.

From meditations on Earth's own heavenly body ('Moon'), to prophetic warnings from far away worlds ('Machine Landscape'), and even an ode to the spacecraft that transported HENGE across time and space to the Milky Way ('Mushroom One'); 'Attention Earth!' is a light-speed journey through otherworldly sounds, an ecstatic hymn to the wonder of life and a joyful incitement to a peaceful existence.

HENGE have come in the name of rave to spread their message of love and harmony.
They have scheduled a series of landings across the United Kingdom. These gatherings are held with the aim of provoking the proliferation of joy amongst humans… these will be close encounters of the HENGE kind.