You are here: Home > What's On > Karine Polwart And Dave Milligan 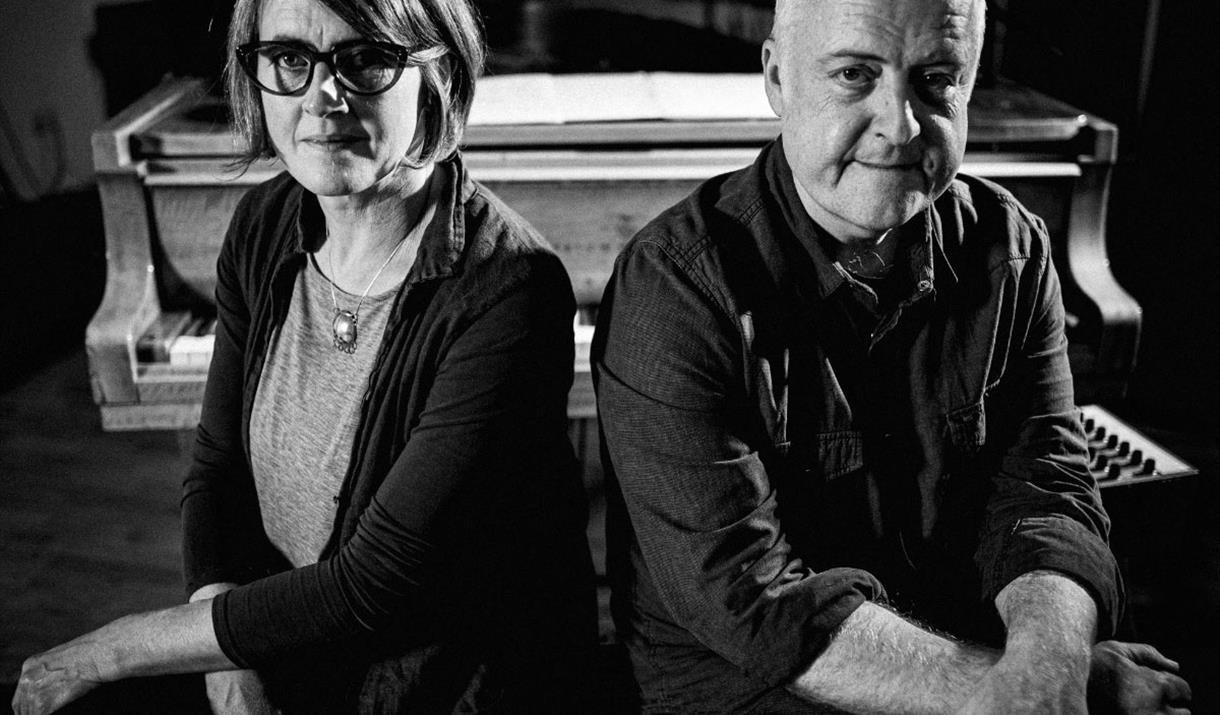 Piano and voice isn't a combination that you hear often in the folk idiom, and yet it can be just as potent, if not more so, than a full band, and the duo's new album is just this – an intimate, stripped-back collection of songs performed entirely with voice and grand piano. Deceptively simple, yet devastatingly powerful. 'Still As Your Sleeping' (Oct '21) is threaded through with images of stillness and flux, leaving and returning, and pivots of change and includes the timeless and poignant 'The Parting Glass' as requested by Margaret Atwood for her specially curated BBC Radio 4 Today programme.

"One voice and one piano can hold a lot of space, a lot of feeling", says Polwart. "Some of these songs are brand new, whilst others have been on my tongue for two decades and more, which is as long as I've known Dave".

Although known primarily as a jazz pianist, Dave's writing and arranging often distils folk and traditional influences, making him the perfect creative partner for Karine. Both musicians live in the same Midlothian village and that familiarity is evident in the music. It's a magical combination, and as Karine says "It's never felt more important to me to make music, and tell stories, from exactly where I am, with the people I live alongside, my friends and neighbours."

She has worked previously with the BBC SSO, author James Robertson, documentary-maker Anthony Baxter, and indie composer RM Hubbert. 2021 saw both the Royal Botanic Garden Edinburgh and the Scottish Chamber Orchestra commission new works, in collaboration with sound designer/composer Pippa Murphy and in the lead up to COP26 Karine wrote "Enough is Enough", a participative piece, commissioned by Oi Musica for massed voices & street bands, and performed by ensembles from Glasgow to London, and Brussels to Accra.

Dave Milligan is a highly versatile musician and a leading figure in the diverse Scottish music scene. His musical imagination flows freely between multiple genres; most notably in the worlds of jazz and celtic music. In a professional career spanning thirty years, he has travelled all over the world as a performer, composer, arranger, musical director and educator. In 2003, along with Corrina Hewat, Dave co-founded and directed The Unusual Suspects, a 22-piece big-band of leading folk and jazz musicians that set the benchmark for the wave of large-scale ensembles that followed in the contemporary folk scene. The Scotsman named their debut performance in a list of the top 20 gigs of all time. Dave has also performed alongside artists such as Larry Carlton, Mark Knopfler, The McCrary Sisters, and Camille O'Sullivan to name a very few!

Still as Your Sleeping reviews:

'A majestic work, deceptive in its simplicity, poignant in its accomplished, stripped-down musicianship.' Songlines ★★★★★