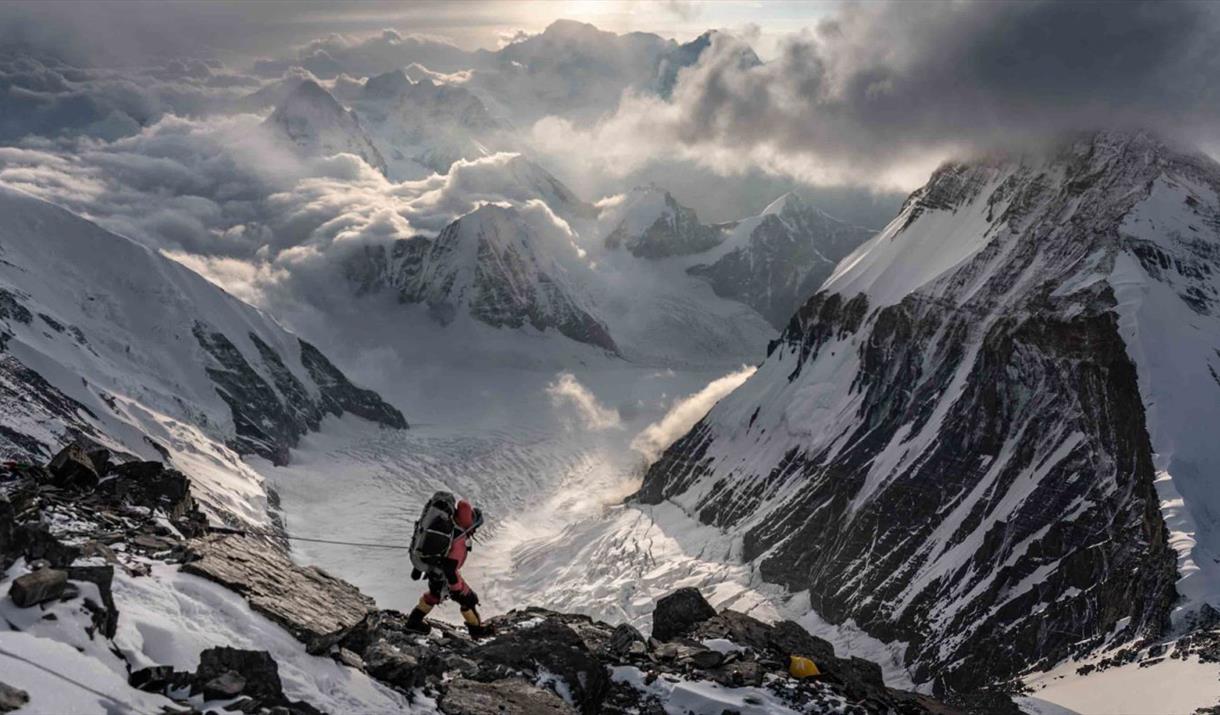 Unleash your adventurous side…

Join us for an evening of film celebrating adventure from some of the most spectacular places on earth, brought to you by the team behind Kendal Mountain Festival. You'll be guided through a curation of stories from across the globe, told by a unique collection of travellers, athletes, activists and creatives.

Through culturally rich, cinematically beautiful and thought-provoking films we'll ask; what is possible in a changing world, what is beautiful, what is wild and what defines adventure?

The evening will include on-screen insights from the Kendal Mountain Festival team, as well as on-screen interviews with the filmmakers themselves.

Kendal Mountain Festival is the ultimate social gathering for outdoor enthusiasts – with a world-class programme of films and talks from international adventurers taking place on the edge of the Lake District each year. The Kendal Mountain Tour brings the best of the Festival films to cinemas across the UK. Whilst the Kendal Mountain team are unable to join you live at the venue this year, they will be with you on-screen and hope to return with live appearances in 2022.

Lucky to have survived after a horrific BASE jumping accident, Lisa Beasley must now face an extended recovery period that brings her closer to her mother as well as her first love; the sea. She discovers the beauty of the Cape Town tidal pools and she must now work to protect them from the harmful historical cleaning protocols that kill the marine life she has come to love.
DIRECTOR: Trygve Heide
South Africa

Everest is the eternal subject of mountain films. Who achieved the first summit? Was it really George Mallory? On this quest there are reflections on the history of Everest expeditions, the fraught relationship between indigenous guides and expeditioners, the rigours of high-alpine mountaineering, and the commercialisation of sacred Everest. A brutally honest look at the current state of affairs.
DIRECTOR: Taylor Rees
DIRECTOR: Renan Ozturk
United States

Lock Up Rock Down

Jerome Mowat takes us through the challenges he faced as a front-line paramedic during the pandemic, and how he used climbing as an escape.
DIRECTOR: Nico Hambleton
United Kingdom

Africa Riding is a documentary series that presents a community of riders that try to create a new social and cultural order in Africa. Karim, an amazing Rwandan roller skater, performs incredible stunts and tricks. Thanks to his talent, he has been hired to give roller skating lessons to children. In his lessons, he mixes children from all backgrounds and from his own Gakinjiro neighborhood in Kigali.
DIRECTOR: Aurélien Biette
DIRECTOR: Liz Gomis
France

The Kingdom of Bhutan in the mighty eastern Himalayas is the new frontier in the world of enduro mountain biking. Riders can traverse the numerous ancient trails that make up an intricate web of pathways and dirt paths that dot and connect the kingdom's diverse twenty districts, providing a backdrop for a ride in one of the world's most pristine landscapes.
DIRECTOR: Scott Secco
Canada

An ode to the often-overlooked device that enabled a sport and still acts as a central pillar of ski culture to this day. The film shares the stories about the access it offers, and connections forged while passing the time back to the top of the lift.
DIRECTOR: Mike Douglas
Canada