You are here: Home > What's On > Morecambe Brass Band 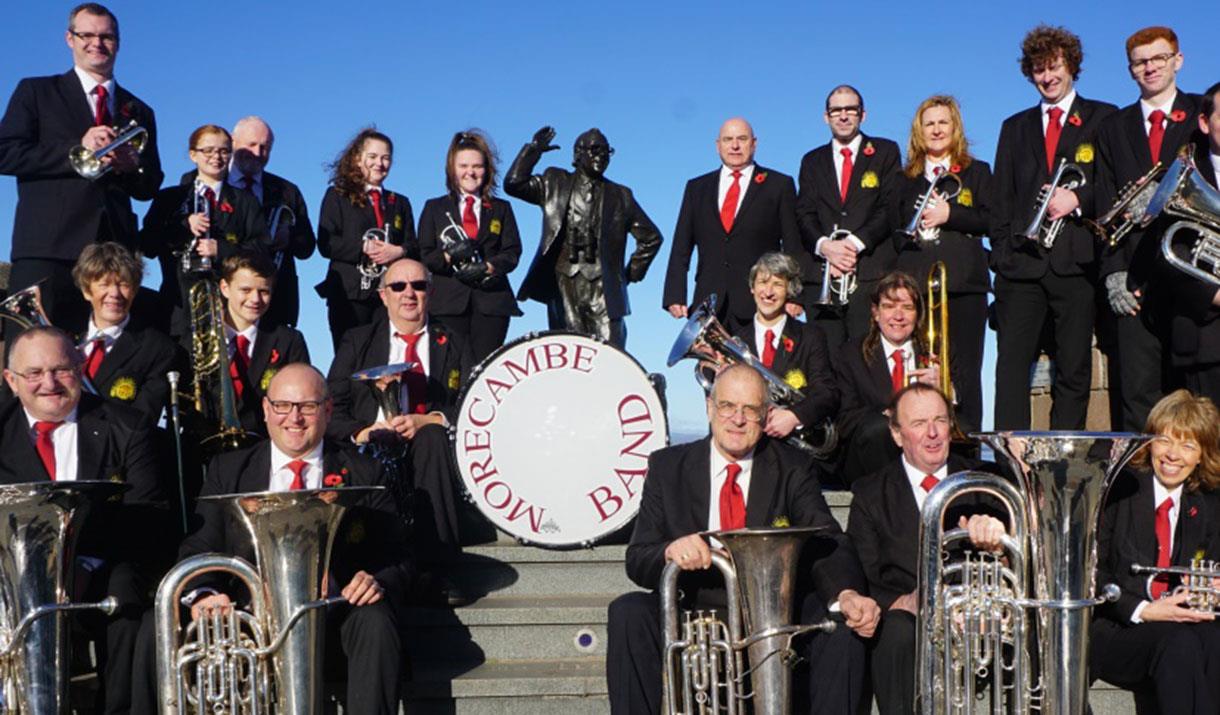 Threlkeld Village Hall is delighted to welcome back Morecambe Brass Band for the third time. In 2004 the band celebrated its centenary but then someone uncovered documents that suggested the band was already in existence in 1875! Over the years the band has competed in regional and national competitions at all levels, culminating in contesting at the very highest Championship level in 2014. In recent years the band has taken a break from contesting and had only just returned to it when the covid pandemic brought all band rehearsals and performances to a stop.
Although unable to play "live" together, the band, led by their inspired musical director Andrew Porter, decided to enter an online competition organised by the world-famous Cory band in March 2021. The results placed Morecambe Band as clear winners in their section with their entry titled "Morecambe Brass Band – A Brief Encounter by The Sea". The following report about the Fourth Section appeared in the Magazine "4bars rest":
"..In the end it was a highly polished Morecambe Band under Andrew Porter that deservedly claimed the unanimous decision from the judges. Their 'A Brief Encounter by The Sea' theme saw a mix of classy playing and visual imagery blended together to seriously impress — something that did just that with Cory Band Music Director Philip Harper who said the performance "would stay with me". 'All By Myself'; 'Seaside Rendezvous' and 'Bring Me Sunshine' featured many of the bands soloists and left the judges bowled over. In addition to the overall prize, flugel player Carol Porter won the 'Best Soloist' award with accolades also claimed by their 'Best Euphoniums & Baritones' and 'Best Percussion'."
In April we are expecting an entertaining evening of varied music. The concert takes place on Saturday, 30th April at 7:30pm. Bar and Box Office from 7pm. Tickets £10 (£5 under 18s) from Threlkeld Village Hall coffee shop, PO, or on-line at www.threlkeldvillagehall/whats-on. Box Office Enquiries on 07931 679654.