You are here: Home > What's On > Relief Carving in Hardwood 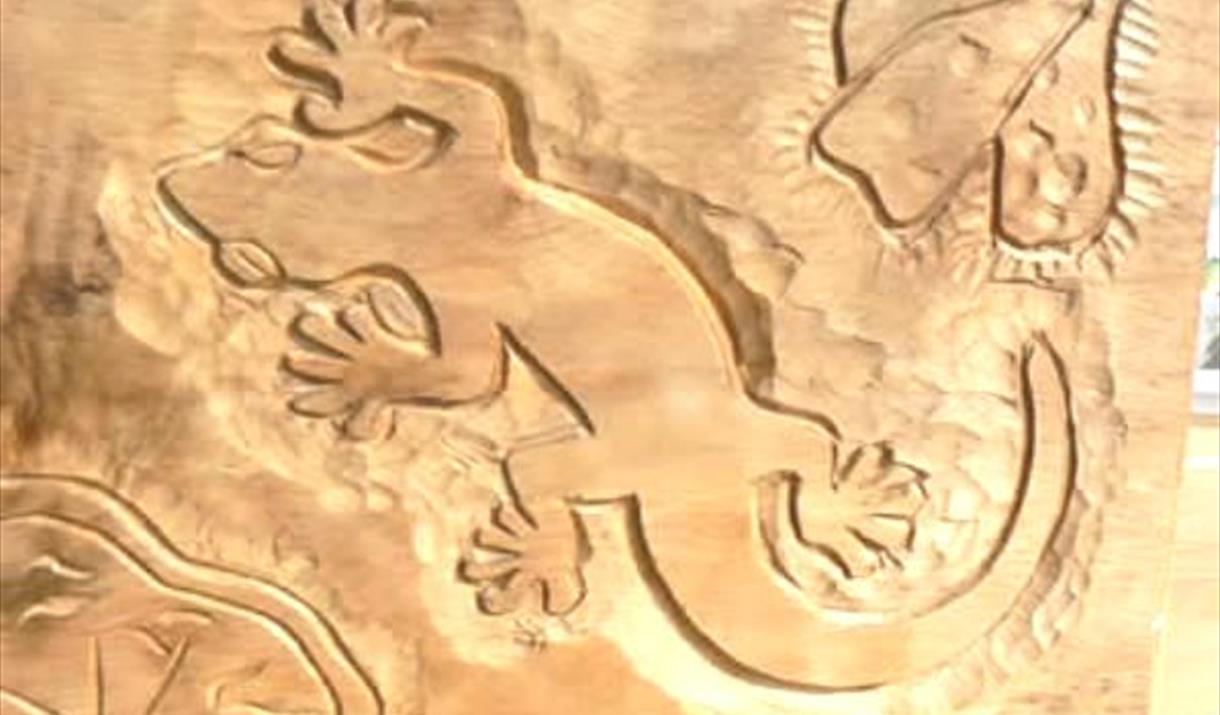 Arriving in a large van weighed down with 3 workbenches Alister brings a full set of wood carving tools for each student, plenty of resources and pieces of hardwood to choose from...sycamore, ash, oak, birch. Many people opt for house name boards but other items are carved as well; animals, numbers and sayings. Anything is possible - time allowing - in the day. The workbenches are placed under canopies if it looks like rain. Four people to each bench, plenty of space still and very solid. 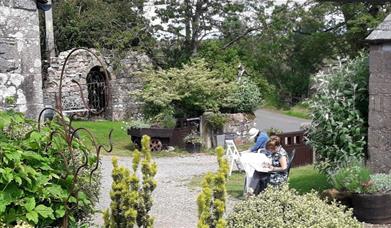