You are here: Home > What's On > The Sharon Shannon Quartet 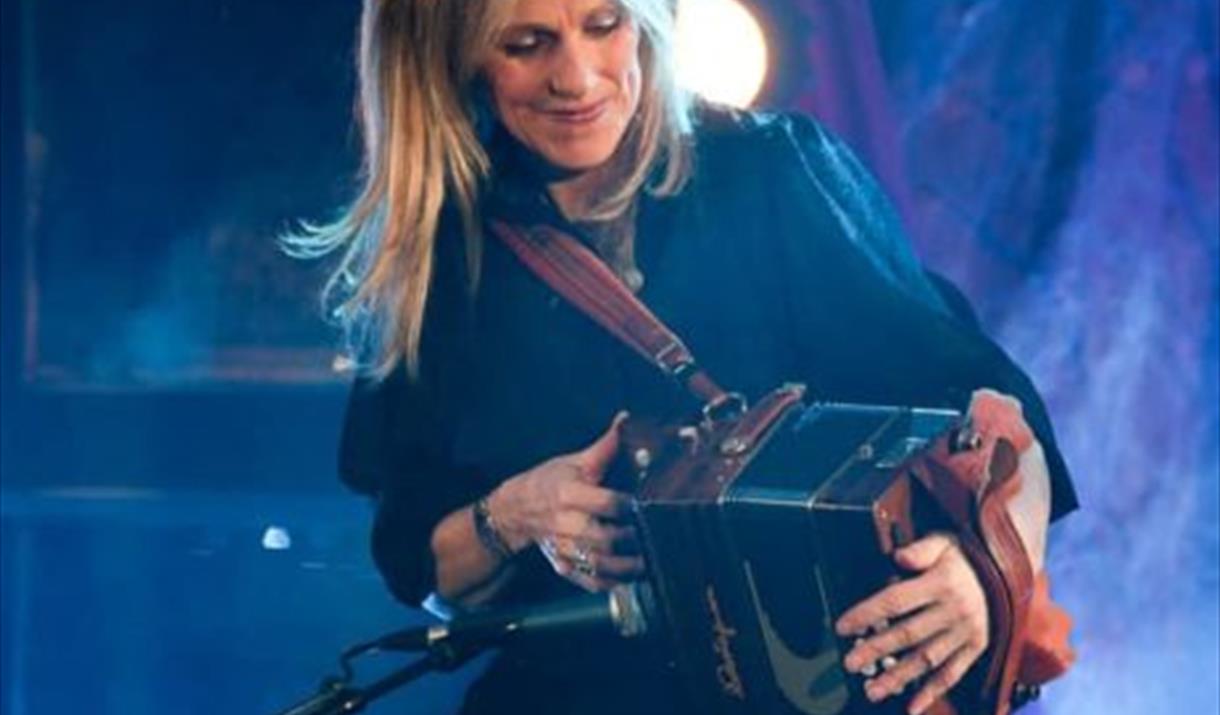 Sharon Shannon is a musician who continues to surprise. While she is known for her arrangements of traditional Irish tunes and Irish-influenced compositions, she has always been eager to explore new styles, and to meet and work with other musicians. The accordionist from Ireland has achieved legendary status throughout the world and has made the much-maligned accordion 'cool' in her home country. She also boasts the fact that she has entertained Presidents across many countries including US Presidents at the White House and President Obama in Dublin.

While crossing–over into many genres of music, Sharon style is uniquely traditional Irish and she has been hugely influential in promoting Irish music not only in her own country but across the globe. She has had multi-platinum album sales and has had several number ones, with her album Galway Girl going platinum four times in Ireland, and the title track winning her the Meteor award two years running for the most downloaded song. As a recognition of her enormous contribution to Irish Music and Culture, Sharon was awarded an honorary Doctrate in Music from NUI Galway in October 2018.