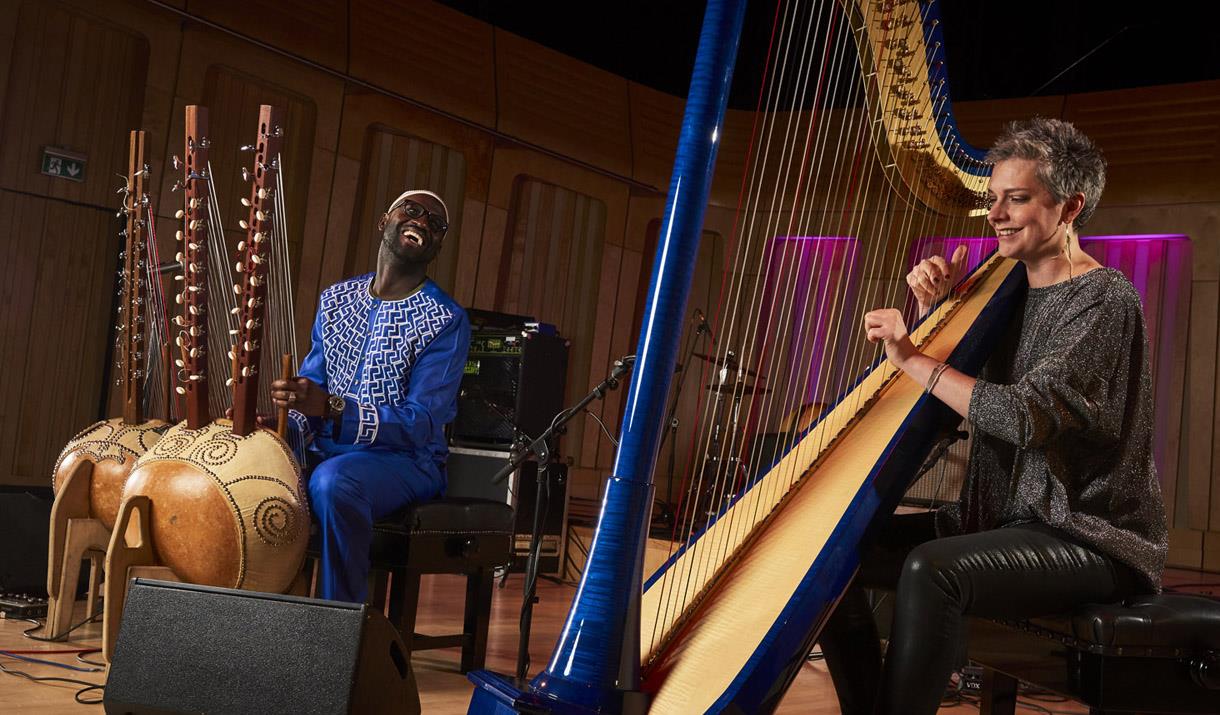 Prepare to be captivated as the Welsh 'Queen of Harps' and Senegalese kora-master bring together two distinctive musical traditions in a thrilling fusion.

Catrin Finch took a Welsh tradition and renewed it for the 21st century, earning her the moniker 'Queen of Harps' along the way. Seckou Keita, meanwhile, is the most charismatic – and captivating – kora player of our time: an artist immersed in centuries of Senegalese music, who's amazed and delighted listeners all over the world.

Two great harpists, two great traditions; both united by a passion to communicate. Together they'll do exactly that, performing selected pieces from Catrin and Seckou's first two albums – Clychau Dibon (2013) and SOAR (2018) – as well as some new music.