You are here: Home > What's On > Wishbone Ash 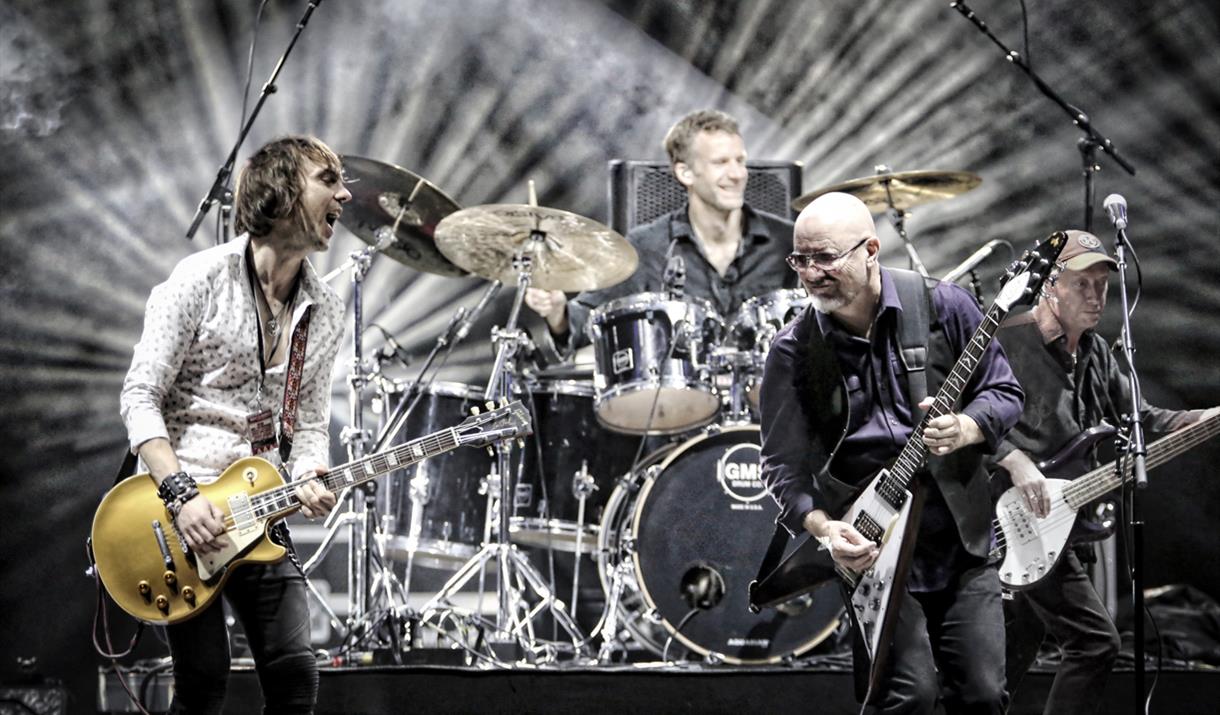 Rock on Kendal, supported by Macbeth Scott Insurance Brokers & Independent Financial Advisers present Wishbone Ash. Having missed visiting the UK since their hugely successful 50th Anniversary Celebratory Tour in 2019, Wishbone Ash return to these shores eager to carry on where they left off! Demonstrating why they still remain one of the busiest bands in rock, after over half a century of playing their unique brand of music around the world, they'll be performing such classics as The King Will Come, Throw Down The Sword & Blowin' Free, along with material from their illustrious back-catalogue of albums. Don't miss out on a night of fabulous music and outstanding musicianship from a band whose iconic, twin-guitar sound influenced groups from Thin Lizzy to Iron Maiden.