You are here: Home > Things to Do > Carlisle Castle 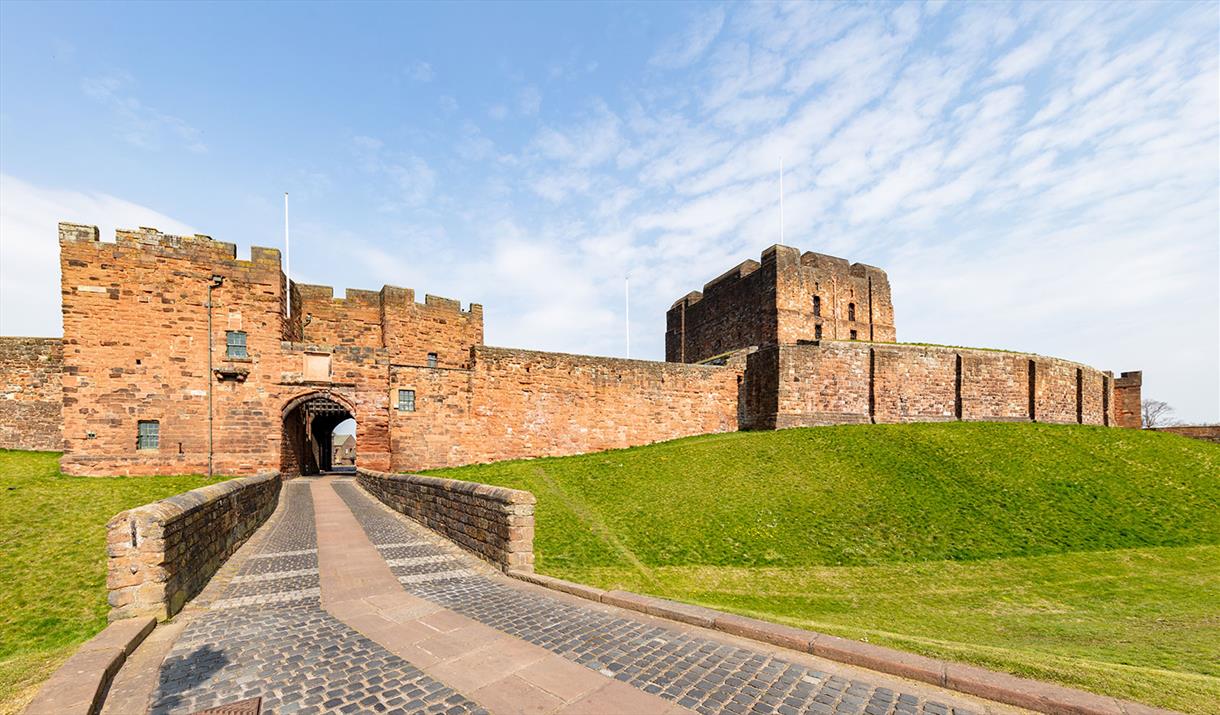 We advise that you visit the website of this business before travelling for up to date information on what restrictions are in operation at this venue. Please note that most venues need to be pre-booked and some will have timed-ticketing. Please observe social distancing and stay safe at all times.

Impressive and formidable, Carlisle Castle amply repays exploration of its absorbing 900-year history. Long commanding the especially turbulent western end of the Anglo-Scottish border, Carlisle has witness many conflicts and sieges. The earliest castle (on the site of a sequence of Roman forts dating from the 1st to 4thC AD) was of earth and timber, raised by King William Rufus in c.1092. During the following century it was refortified in stone, possibly by Henry 1. The 12thC stone keep is the oldest surviving structure in the castle, which was frequently updated as befitted a stronghold always in the front line of Anglo-Scottish warfare. In 1315 it triumphantly saw off a determined Scots attack. The rounded 'shot-deflecting' battlements of the keep were added when Henry V11 adapted the castle for artillery in c. 1540.

Elaborate carvings in a small cell, by captives held here by the future Richard lll in 1480, vividly demonstrate that Carlisle Castle was also a prison. Mary Queen of Scots was confined here after her flight from Scotland in 1568: but in 1596 the Border reiver Kinmont Willie Armstrong managed a daring night escape, to the fury of his captors.

Carlisle played its part in the English Civil War. Besieged for eight months by Parliament's Scots allies, its Royalist garrison surrended in 1645 only after eating rats and even their dogs. A century later in 1746, the castle became the last English fortress ever to suffer a siege, when Bonnie Prince Charlie's Jacobite garrison vainly attempted to hold off the Duke of Cumberland's Hanoverian army. The fortress became their prison: many died here, and others left only for hanging or transportation.

Housed in the keep is a model of the city in 1745, and an exhibition on Bonnie Prince Charlie and the Jacobite rising of that year; visitors can also see the legendary 'licking stones', which parched Jacobite prisoners desperately licked for moisture in order to stay alive. Admission also includes entry to Cumbria's Museum of Military Life. Another feature of the site is the Carlisle Roman Dig, a fully accessible exhibition displaying the finds from recent excavations.

Now Open: Discover 900 years of history and explore the tumultuous life of Carlisle Castle and its characters in a new exhibition. With nine centuries of bloody and turbulent history, Carlisle Castle has played host to colourful cast of characters, from royalty to the notorious Border Reivers. Hear stories of daring rescues, bloody battles and warring clans on your journey around the castle, and bring the stories to life with games and dressing up. 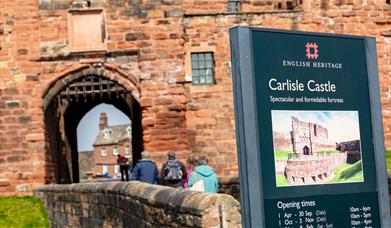 In Carlisle city centre. Follow Castle Street, past Carlisle Cathedral on left. At main road, take underpass to the castle.Carlisle Train Station is about 10 minutes walk away. Accessible by Public Transport: Carlisle station is 0 miles away.