You are here: Home > Things to Do > Bitts Park 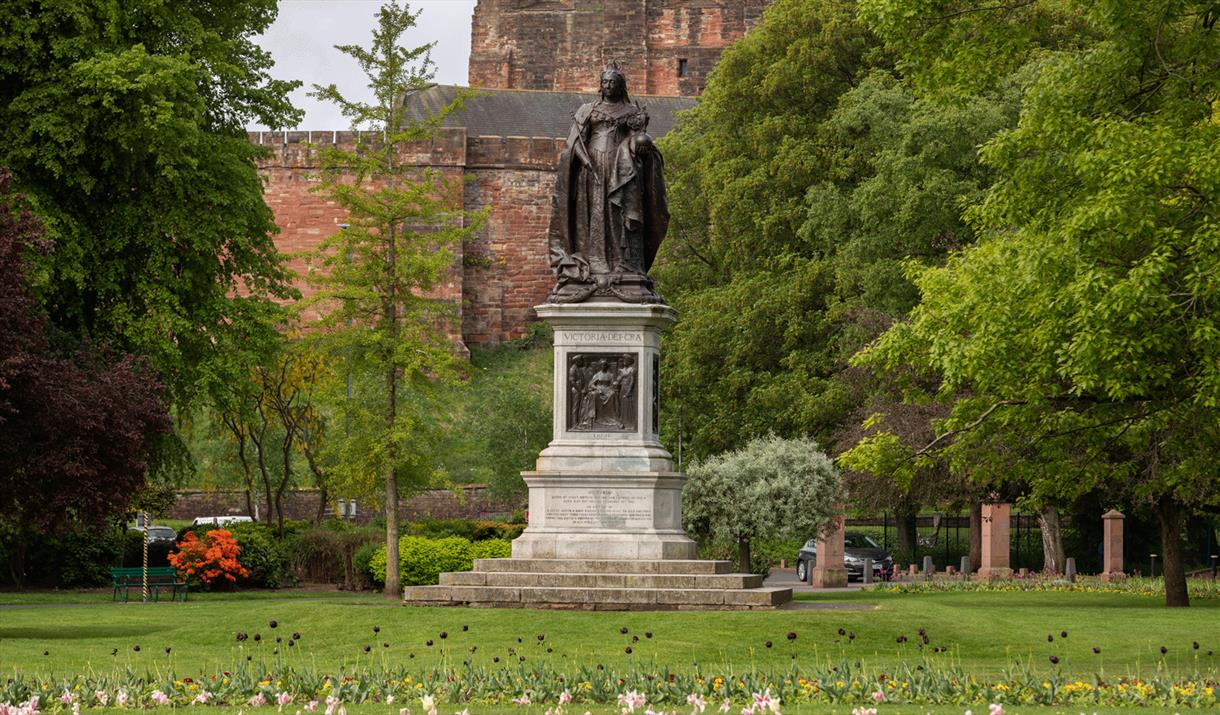 A great place for relaxing, having fun and connecting with nature. The Rivers Eden and Caldew form the park’s Northern and Western boundaries respectively.

Bitts Park was the very first public park to be established in Carlisle. Some of the paths date back to 1818 and were built by unemployed weavers to form a riverside walkway beside the River Eden. In 1893 the park on the site of a former rubbish tip was opened and called the Peoples Park, later extended and renamed The Bitts, the ‘Bitts’ were thought to be small parcels of land which were used for grazing.
The Queen Victoria Monument standing on her pedestal in the formal area of the park, has been watching over Carlisle since 7th May 1902, just over a year after she died.  The final cost of the statue was £1500.

Bitts Park includes several distinct areas. Victoria Park a combination of formal lawns and floral displays with a large statue of Queen Victoria as it’s centrepiece. The Hollow a sunken area adjacent to Hardwicke Circus and Eden Bridge, with spectacular rhododendron displays and golden weeping willow trees. Garden of Memories a small formal area for quiet reflection, created in partnership with Eden Valley Hospice. Riverside Trail a tranquil area of mature trees and vegetation managed for the benefit of wildlife, here you can see one of the Eden Benchmark sculptures. Large playing fields, used for kicking a ball about, picnicking and home to large events.

Carlisle City Council provide a variety of activities within the park. Play Area, a large well-appointed play area catering for children of all ages and abilities. Splash Park, an interactive water feature within the play area (active between Easter – October, temperature dependent). Skate Park, large and robust area to the west of Carlisle Castle. Running Routes, a running/walking route of three optional distances way marked throughout the park. Outdoor gym facility. Toilet facilities (open between 9am and 5pm). Flat surfaced paths providing circular routes throughout the park. Hadrian’s Wall National Trail runs along the riverside boundary of the park.

* Bitts Park is open all day, every day.

Toilet facilities (open between 9am and 5pm).

Pedestrian access to the park may be gained from Hardwicke Circus, Eden Bridge and the City Centre.