You are here: Home > Things to Do > The Bridge House, Ambleside 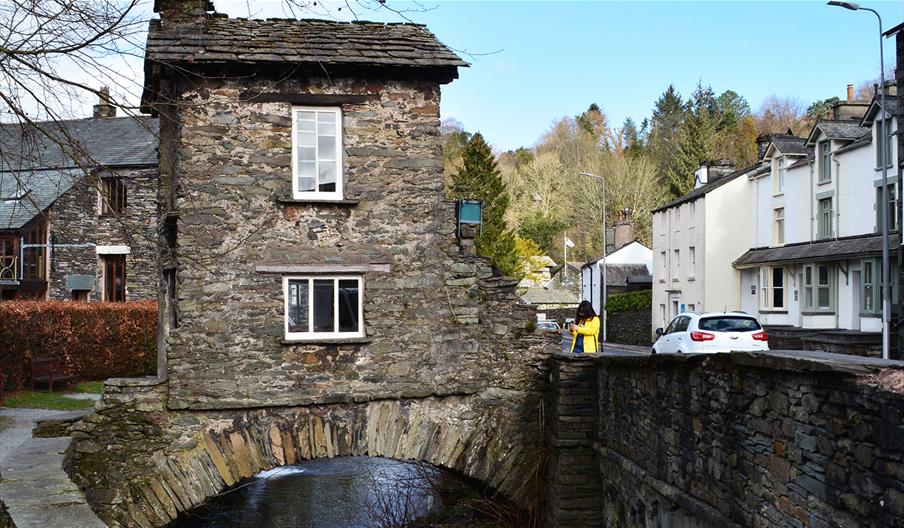 Dating back to the 17th century, this unique building stands over Stock Beck in the middle of Ambleside as a quirky reminder of Ambleside’s past.

An influential family, The Braithwaites built Bridge House to access their lands on the other side of Stock Beck and also to store apples from their orchards, which surrounded Bridge House. Over the decades, the house has had many practical uses, include being used as a counting house for the mills of Rattle Ghyll, a tea-room, a weaving shop, a cobbler's, a chair maker's and, at one time, a home to a family of eight!

In the 1920s the residents of Ambleside recognised that Bridge House was in need of repair and they began fundraising, showing tremendous foresight in securing not only the safety of this monument, but also the aesthetics of the area. It was a great display of public action and conservation, securing the little house's future.

Today, The Bridge House is an extremely popular attraction, where thousands of visitors come every year to see it and have their picture taken.