You are here: Home > Things to Do > Cartmel Priory 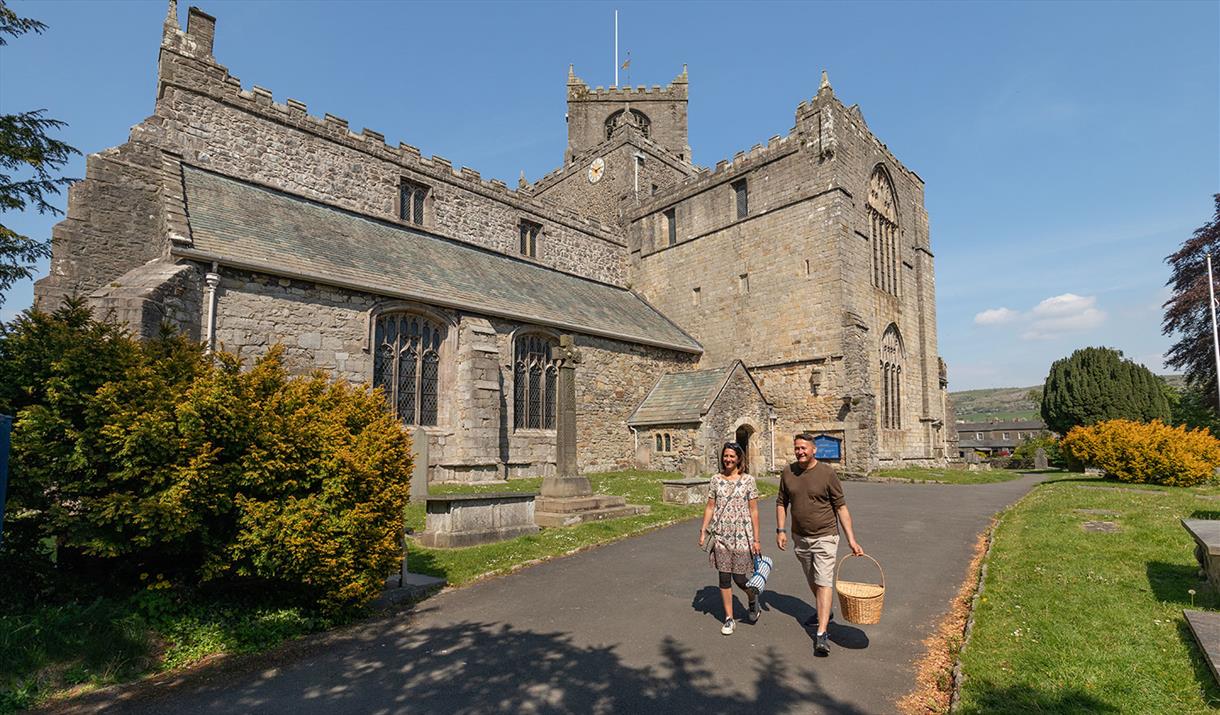 Cartmel Priory has been described as the medieval jewel among churches, making a lasting impression on the visitor, standing over the village and giving an idea of the way early priories must have dominated their surroundings.

It was founded as a priory for Augustinian canons in around 1189 and also served as a parish church, which saved it from outright destruction during the Dissolution of the Monasteries in the 1530s.

The church was built during changing times in monastic architecture, and three distinct periods of architecture can be seen: Transitional Norman (1190 to 1250), Decorated (1320 to 50) and Perpendicular (1400 to 50). The oldest parts of the priory are the chancel, transepts, the south doorway and part of the north wall of the nave, where you can see the plain and massive arches that are characteristic of the period.

From the mid 15th century, the priory also possesses an excellent set of 26 choir stalls, of exceptional quality and bearing many carvings of animals, including a unicorn, mermaid, ape and peacock, as well as a Green Man.

Other features to note include the Piper Choir, with its early English pointed arch and groined roof, and the Town Choir, which is dedicated to St Michael and was set aside by the canons for the lay people of Cartmel. Then there are the bullet holes still visible in the southwest door of the nave. These are leftovers from the 1640s, when Roundhead troops stayed in the village, stabling their horses in the church.

Well worth a visit, this building is steeped in fascinating history.