You are here: Home > Things to Do > Coniston Launch Boat Trips and Tours 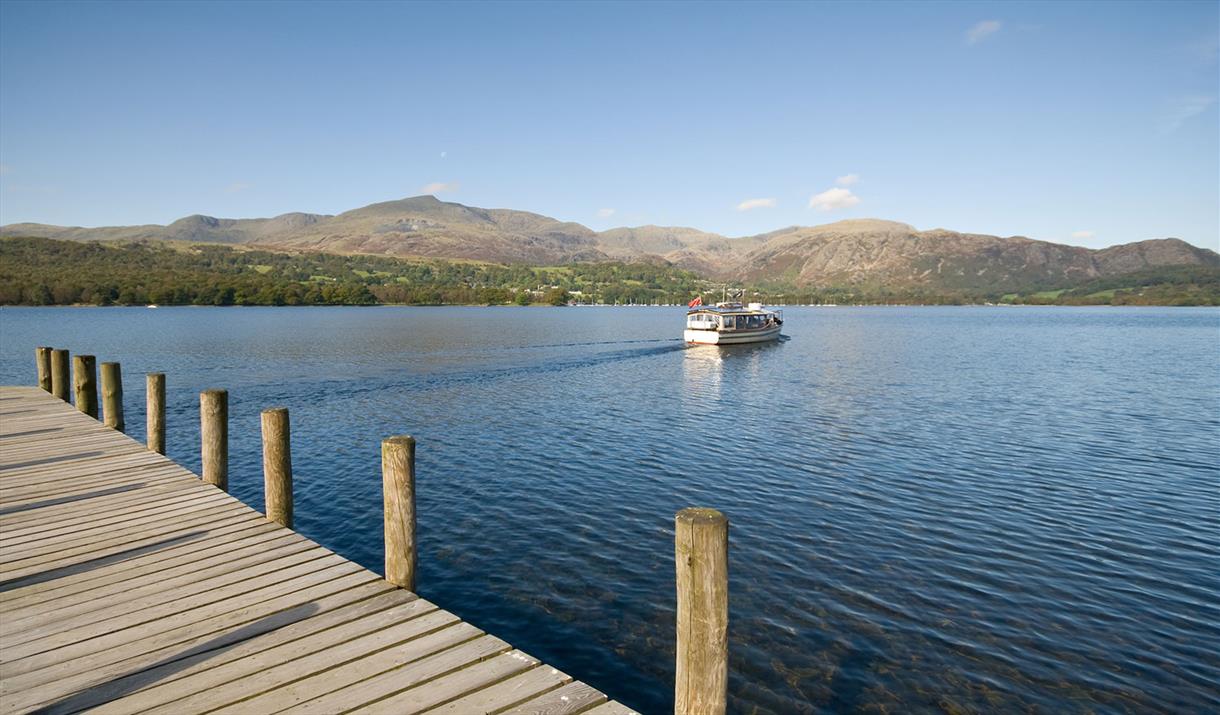 Enjoy cruising aboard our launches around beautiful Coniston Water. A personal commentary by our crew complements your experience of this wonderful area.

Our Wild Cat Island Cruise (Yellow Route) lasts for 60 minutes and covers most of the lake. Discover "Wild Cat Island" as seen in the 1970s film "Swallows and Amazons". A Yellow Route ticket will allow you to hop on and off all day on Yellow Route or Red Route sailings.

Coniston Launch provides a ferry service to 6 jetties, including Brantwood, the former home of John Ruskin; discounted house entry tickets are available on board.

You can also use the boat one way and then enjoy the walk back along lakeshore footpaths, or if you are feeling more adventurous you can explore the high fells.

Experience our special cruises which include 'Swallows & Amazons' for those who are familiar with stories; 'Campbells on Coniston' for a comprehensive talk about the speed record attempts from the late 1930s.

You may like to charter a launch for your private use in the late afternoon or evening.

Experience Coniston Water and enjoy stunning views of the surrounding area. See Bluebird's base, pass Holly Howe and find out the names of the fells.

Green Route:
Summer Only. Operates Monday to Thursday from 7th May to 13th September.

A comprehensive talk about the speed record attempts on Coniston Water from the late 1930s to the mid-60s, also covering recent events. Our 90 minute cruise follows the route of the heroic Campbells, concentrating on Donald's last, fatal bid to better 300mph on water.

These cruises are by way of a tribute to Sir Malcolm and Donald Campbell who did so much to promote the cause of Great Britain in the field of world speed records. We follow the history of the Campbells' attempts on the lake and identify the important locations on Coniston Water associated with them. In particular we concentrate on the fateful attempt by Donald Campbell to better 300mph during the winter of 1966/7.

Pier Cottage was where Bluebird was kept during most of the record attempts and it was from here that Donald Campbell set out on the morning of the tragic accident.

Fun for those who are familiar with the Swallows & Amazons stories. Arthur Ransome used many places around Coniston Water to populate the imaginary lake of his books. Enjoy our 90 minute cruise as we discover these places including Wild Cat Island.

Of course there is no lake exactly similar to the one that Ransome used for his children's adventures, but he did use real locations for the places that he worked into his stories. On Coniston Water we will see Beckfoot, Holly Howe, Kanchenjunga, Wild Cat Island, the Amazons' boathouse, and a host of other spots that Ransome used to create his fascinating world. Coniston Water was used as one of the filming locations for both the 1974 and 2016 films "Swallows and Amazons".

As soon as you board our launch, you step into the world of the Swallows and the Amazons. During the cruise we discover the various locations that Ransome used around Coniston Water in his ever-popular Swallows & Amazons series of books.

Accessible by Public Transport: Windermere station is 7 miles away.