You are here: Home > Things to Do > Hadrian's Wall 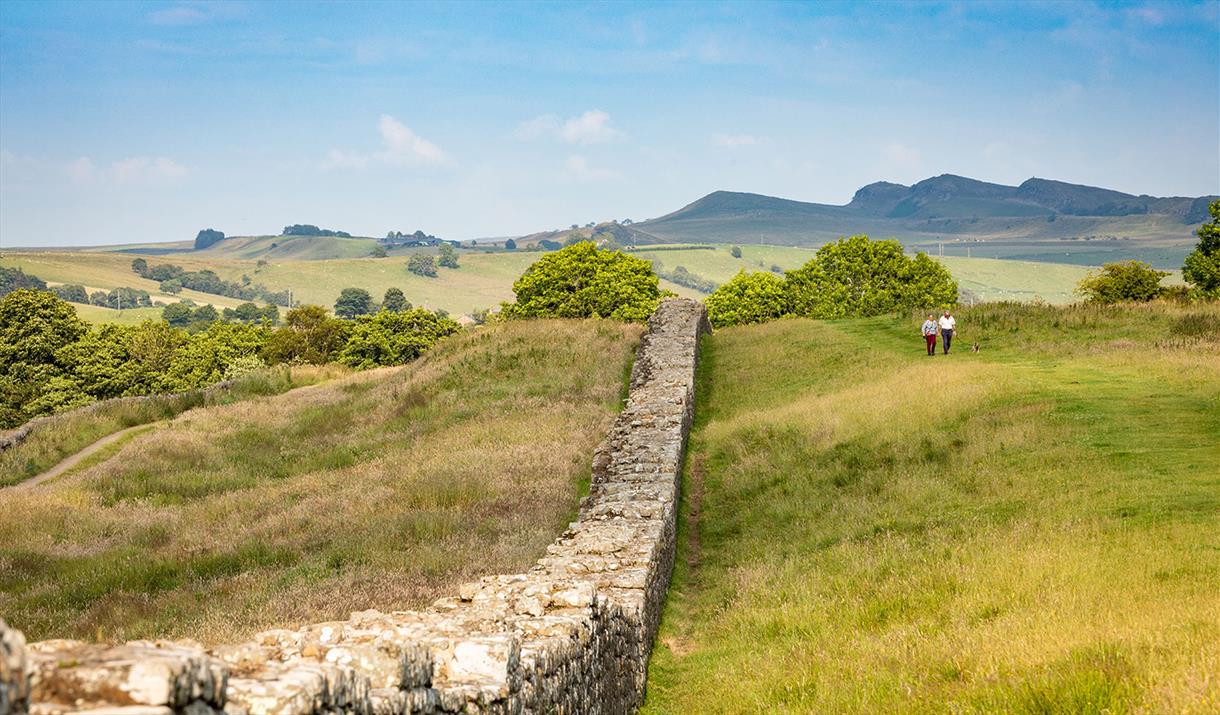 Hadrian's Wall is a spectacular UNESCO World Heritage Site, marching 73 miles from sea to sea across some of the wildest and most dramatic country in England. Experience Roman life and epic history in stunning locations.

Hadrian’s Wall is a perfect example of Roman forward-thinking, planning, tenacity and power. Begun in AD 122 in the reign of the emperor Hadrian, this impressive defensive fortification is the most important monument of Roman Britain. It ran from the banks of the River Tyne in the east to the Solway Firth in the west, spanning 73 miles before continuing down the Cumbrian Coast to Ravenglass and was the northernmost frontier of the Roman Empire. A significant portion of the wall still stands today, along with many of the forts, milecastles and turrets. A popular way to visit is on foot along the Hadrian’s Wall Path National Trail - a long-distance footpath running from coast to coast.

The best place to see the longest continuous stretch of the wall today. Don’t miss the Roman fort, turret and milecastle too.

With a thrilling and sometimes bloody history spanning nearly a Millenia, Carlisle Castle has endured many conflicts, sieges and has been the centre of many a battle between the English and the Scots.

An internationally significant Roman collection housed in a Victorian Naval Battery adjacent to the Roman fort at Maryport.

Did you know? Hadrian’s Wall was the main area of operations for the ‘Border Reivers,’ raiders along the Anglo-Scottish border from the late 13th century to the beginning of the 17th century. Their ballads and their words are now common in the English language such as “bereave” and “blackmail. Greenmail was the proper rent you paid, blackmail was “protection money”! Presidents Andrew Jackson, Lyndon Johnson and Richard Nixon are all descendants of border reivers, as was Neil Armstrong, who visited the area the year after he walked on the moon