You are here: Home > Things to Do > St. Cuthbert's Church, Bewcastle 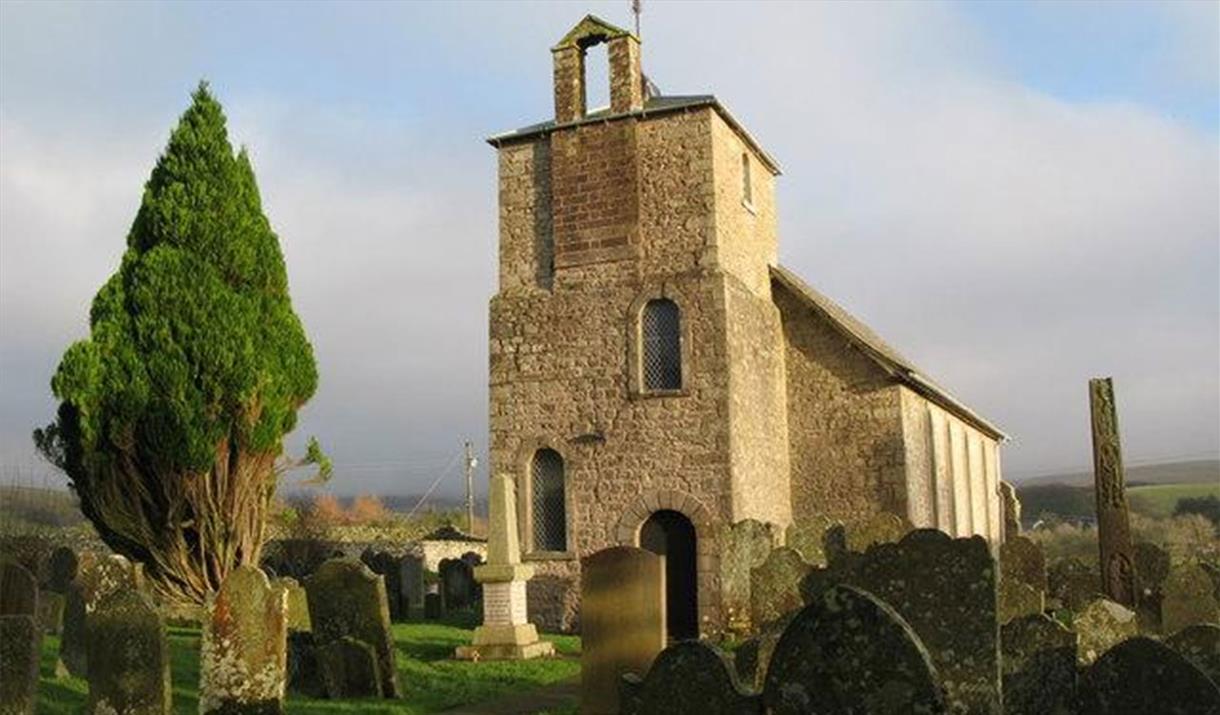 ‘Art in Cumberland started its course through history at its climax. It never reached higher than with the Bewcastle Cross.’ - Nikolaus Pevsner. The 8th century, Anglo Saxon Bewcastle Cross, stands free in the churchyard where it has been for nearly 1500 years.

To appreciate the rarity and wonder of the church and cross you have to embark on an expedition of sorts, for Bewcastle lies in North East Cumbria, where Cumbria, Northumberland and Scotland meet. There has been a community here in Bewcastle since prehistoric times. Bronze Age hut circles preceded Roman occupation; they built a fort to safeguard their northern flank beyond Hadrian’s Wall. A Saxon settlement followed and this is clearly evidenced by the finest cross of that period anywhere in Britain. A Norman castle was built within the ruined Roman fort, forming yet another bastion against the Scottish neighbours.

The church is somewhat simpler and certainly younger, with some parts of it dating from 1277, although mostly it is from the Victorian alterations that took place. Simple though it is, visitors can feel the peaceful and calming atmosphere of the church. The church is Grade II* listed and along with the cross and castle it lies within the Hadrian’s Wall World Heritage Site.

So why was Britain’s finest Anglo Saxon cross placed here in the 7th century? Scholars have disagreed over the true meaning, though recently it has been suggested that this was an evangelical symbol to mark the extent of Christian influence at that time. Geophysical surveys within the old Roman fort suggest a Saxon settlement, not uncommon where defence was still necessary, and the earliest religious building might have been a Saxon Church, or possibly even a monastic settlement.

Nikolaus Pevsner wrote in his introduction to his Guide to the Buildings of Cumberland and Westmorland "Art in Cumberland started its course through history at its climax. It never reached higher than with the Bewcastle Cross." and Philip Greenhalgh, Rector of Bewcastle says "it is this ancient, precious and powerful place that we offer to all as a place of pilgrimage, renewal and hope." Visit this historic and fascinating place and experience this for yourself.