You are here: Home > Things to Do > St. Martin's Church, Brampton 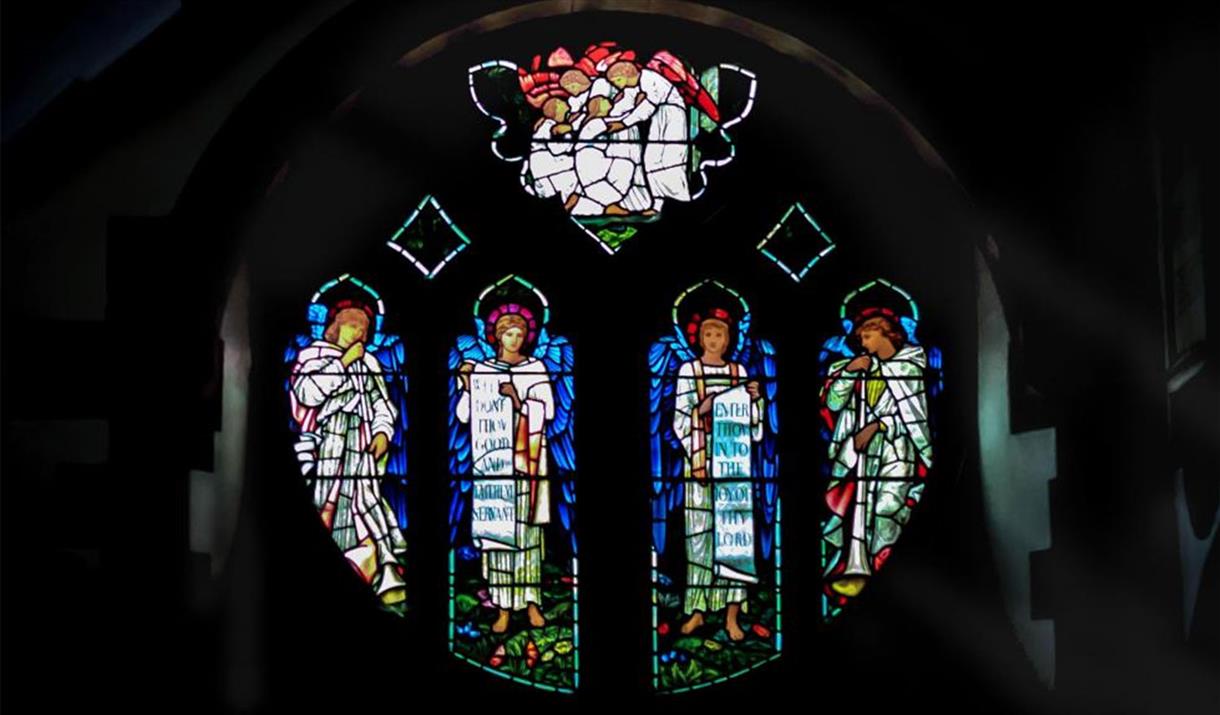 The only church designed by preRaphaelite architect Philip Webb and according to architectural historian Nikolaus Pevsner is a 'very remarkable building with windows glowing with gemstone colours'.

The church was built in 1878 to replace a Georgian church which had been developed in 1789 from the chapel of the former Brampton hospital (almshouses). The church was a complete departure from the Gothic style of the time in terms of design, detailing and layout. It reflects the design philosophy of Philip Webb and the socialist reform values of Henry Whitehead who in 1874 at the invitation of George Howard (later 9th Earl of Carlisle) had moved from London to become Vicar of Brampton.

The church is square in plan, the chancel placed virtually in the nave with two clergy stalls at the end of the choir stalls reflecting the Broad Church views of the vicar.

Webb also deployed visual experiences in St Martin's that were typical of Arts & Crafts houses, such as a low, dark entrance that opens into a volume of light and, in St Martin's case, an explosion of colour.

It contains one of the most exquisite and breathtaking sets of stained glass windows designed by Edward Burne-Jones and coloured and made by William Morris.