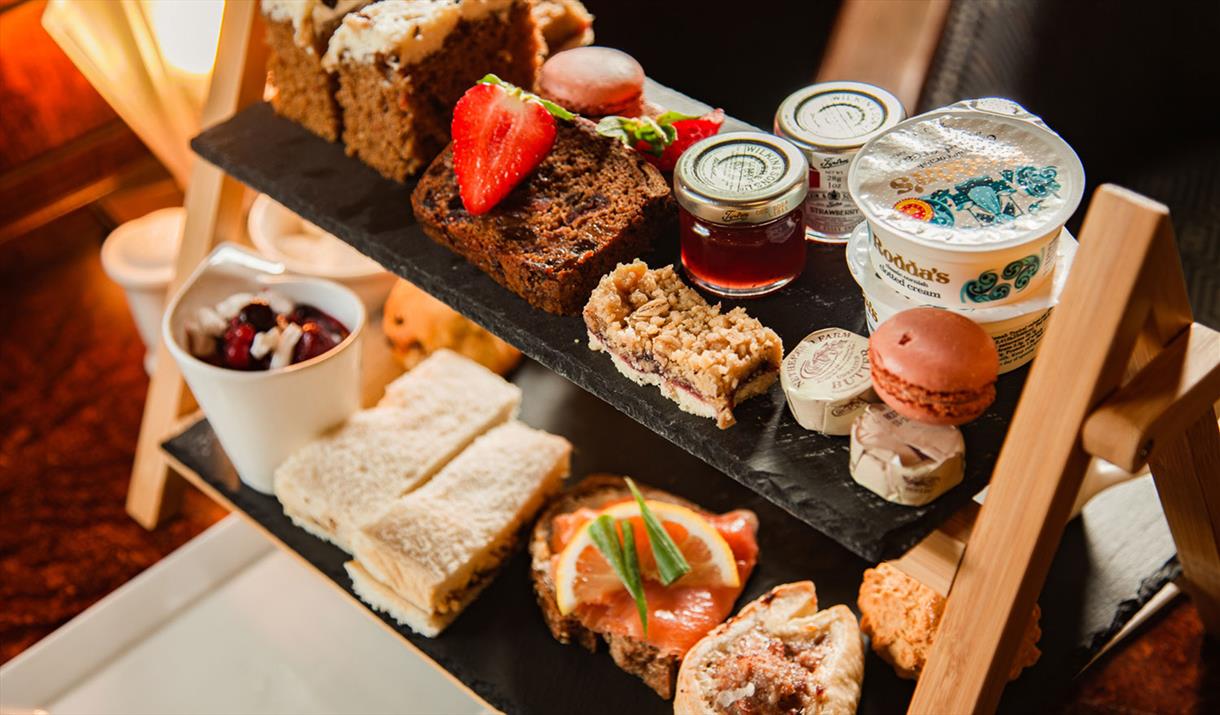 The Orient Express Afternoon Tea at Bassenthwaite Lake Station and Carriage Cafe offers a unique opportunity to enjoy a selection of delicious food in the most elegant of surroundings. A fine selection of finger sandwiches, savoury and sweet treats is served to you alongwith unlimited tea, fruit juice, squash or filter coffee.

Soak up the atmosphere of 1930s elegance aboard the Orient Express carriage cafe. The romantic ambience and art-deco features of this stunning Agatha Christie carriage café make this a truly unique dining experience that is not to be missed by locomotive lovers, film enthusiasts and foodies alike!

Situated on what was once the Cockermouth, Keswick and Penrith railway line, Bassenthwaite Lake Station offers a unique place to enjoy breakfast, brunch and lunch aboard the Orient Express train, right here in the Lake District.

A little about the history of Bassenthwaite Lake Station.

In it's heyday between 1865 and 1966, Bassenthwaite Lake Station saw holidaymakers and haulage alike pass between its platforms, but was sadly closed in 1966, when the Beeching cuts put an end to its operation.

Over the years, it fell into a state of total disrepair and the once proud sandstone platforms and stately outbuildings of the station became dilapidated, the track bed buried and hidden by brambles and the signalmen’s cottages collapsed and became ruins.

Brought back from the brink by the proprietors, Simon and Diana Parums in April 2019, when they bought the site and realised the huge potential, over the course of two years restored the station to it's former glory, in keeping with the 1930’s era that inspired the arrival of the train itself.

The replica French SNCF Class 241 steam engine, which is now a permanent fixture on the track is in fact the very train that appears in the 2017 film adaptation of Agatha Christie’s novel ‘Murder on the Orient Express’ starring Dame Judi Dench and Johnny Depp. Built a little bit wider than a ‘real life’ train in order to fit in camera crews, nowadays the carriage serves as seating for the café with enough room to comfortably accommodate around 32 people. 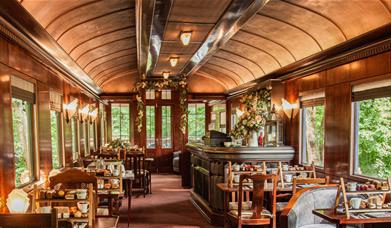 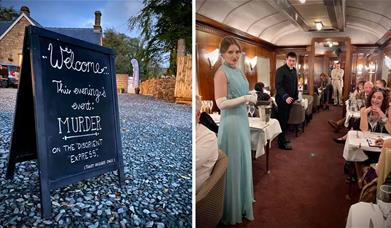 Murder Mystery Nights at Bassenthwaite Lake Station, CockermouthJoin us for an evening of intrigue and opulence aboard the Orient Express! Our Murder Mystery…