You are here: Home > Things to Do > St. Cuthbert's Church, Great Salkeld 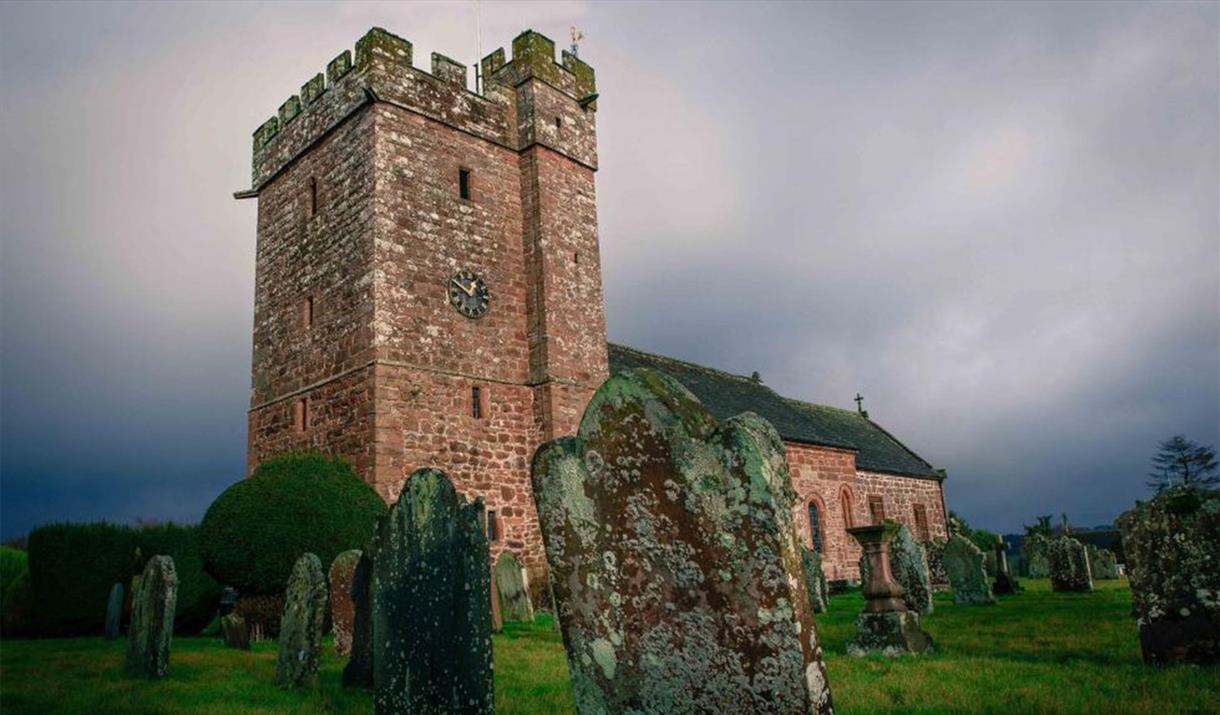 There has probably been a church in Great Salkeld since 880 AD, when the body of St Cuthbert was rested here after being brought from Holy Island. Rebuilding took place in 1080. The Pele Tower was added in 1380, with an iron door for defence of the inhabitants against the Scots.

The entrance is only 2ft 7in wide, another indication of a fortified church. The pillars and capitals of the entrance appear to date around 1000. They are carved with figures of beasts, birds and serpents. In the tower are various slabs which were probably gravestones from earlier times. One contains symbols of the horseshoe and hammer, indicating it probably covered the grave of a blacksmith. There is a peel of six bells, and a clock manufactured in 1892.

On the south side of the nave is a fine memorial window, installed in the late 1920's, which shows St. Cuthbert as an early bishop near his cell on Farne Island with an eider duck by his side representing the birds, which were drawn to him as they were centuries later to St Francis of Assisi. The same eider duck, or ‘Cuddy's’ duck, features in the impressive tapestry hanging on the north wall of the nave.

The stone effigy (1319) lying to the south of the altar is of Thomas de Caldebec, priest. The armour (mid 17th century) hanging on the west wall above the tower door was collected after a local skirmish between Royalists and Parliamentarian forces in the Civil War.

* Open all day every day.