You are here: Home > Things to Do > St. Martin of Tours Church, Martindale 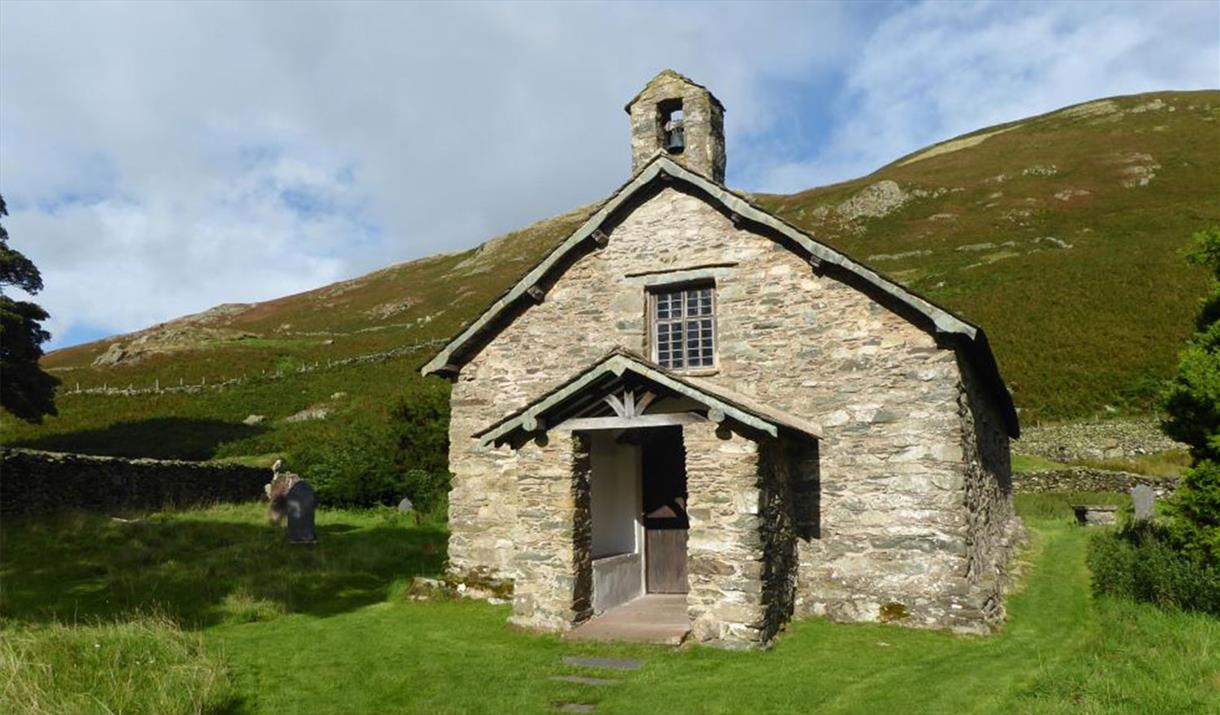 The 'Old Church' of St Martin was built in the 1660's on the site of a probable earlier chapel dating from 1220.

Before this, it is believed to have been a pagan site. Items of interest include the yew tree which is over 1300 years old, a reading desk dating from 1634, the font which is believed to be part of a Roman alter and the tiny bell with inscrutable Lombardic characters no one can decipher.

Dedicated to St Martin of Tours, this small but special church was once the focal point of a thriving community despite its remote location.

The church is of simple plan form comprising a single rectangular space and an entrance porch at the west end, yet It has several interesting and ancient features. In 1882 it was restored, the roof having fallen in on the very date of the consecration of the neighbouring church of St Peter, during a violent January storm.

Nowadays, the church is fully open and much visited, with all entries in the visitor’s book remarking on the special atmosphere and sense of peace which it conveys.

Evensong is sung on the last Sunday of the month from May to September, and occasional concerts are held where local musicians and some from further afield may be heard, thus keeping up the tradition of the old 'Gallery Singers' which were once a feature of this remarkable, though simple, building.

Steps to enter the church or churchyard