You are here: Home > Things to Do > St. Mary's Church, Ambleside 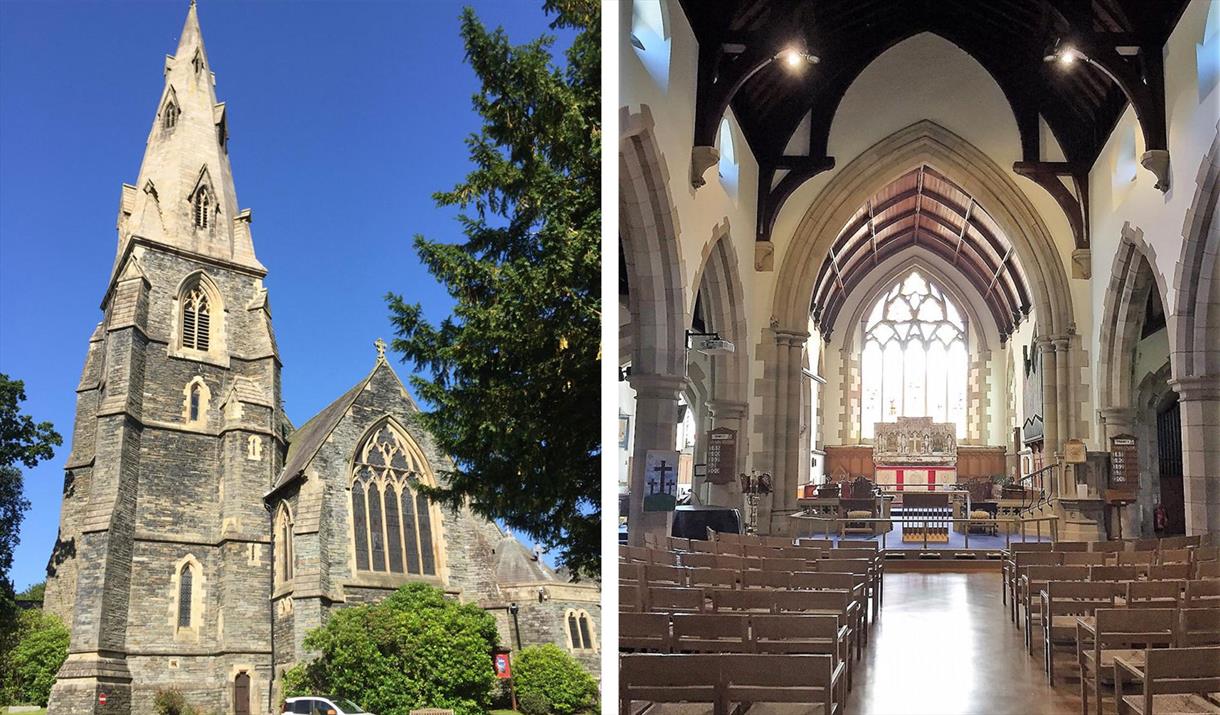 The spire of St Mary’s nestles into the beautiful landscape of the Heart of the English Lake District and is visible from miles around.

St Mary’s church was designed in the 1850s by the architect Sir George Gilbert Scott. His other creations include London's St Pancras Station and the Albert Memorial among a large number of other wonderful ecclesiastical buildings. The style of the church is Early Gothic, but incorporates a number of unusual features. It was the first in the north to be influenced by the ‘Oxford Movement’. At the time of consecration Ambleside needed a larger church, as the railway had started bringing greater numbers of visitors into the area and the former parish church of St Anne was proving too small.

The idea of a memorial chapel to William Wordsworth was mooted soon after his death and the beautiful stained glass windows were installed 1853-5, created by Wailes of Newcastle. The other windows were dedicated to the women in his life - his wife, Mary; sister Dorothy; sister in law Sarah Hutchinson and daughter Dora.

In the south aisle is a beautiful statue of ‘Virgin and Child’ by internationally renowned artist Josefina de Vasconcellos who lived nearby and gave the statue as part of a ‘time and talents’ event in the church.